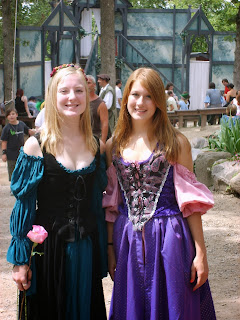 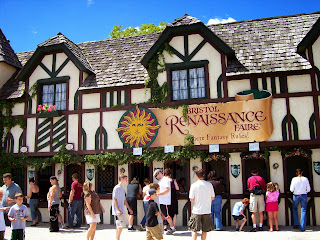 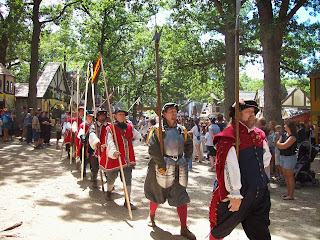 
There are also some fun rides, a petting zoo, various comedy and acrobatic acts and some VERY delicious food.
About five years ago, my husband and I grew out of going to faire every weekend and lost touch with just about all of our Medieval Times friends. I haven't gone in two years, and I'm a tiny bit afraid that my bodice won't fit anymore. Sure, I bought it when I was 17, but you know that doesn't matter.
So, if you're willing to drive just a few feet over the Wisconsin border, definitely visit the Bristol Renaissance Faire. It opened last weekend and runs until Memorial Day. You can save money by buying your tickets in advance online, but be sure to stick around the front gate for a few minutes. Sometimes the peasants will stand on top of the tower and hurl insults at you. Faire is fun!
Posted by Andrea at 7:37 AM