A Live Production of "Best in Show"

This weekend the International Kennel Club of Chicago will celebrate its 150th dog show at McCormick Place, and I absolutely recommend that you go. Now, before you poo poo the idea of going to a dog show, let me tell you that it's awesome. Because it's exactly like "Best in Show." In addition to the adorable doggies everywhere - YAY!!!! - it's the best people watching, second only to the Auto Show. (And even the people watching can't draw me to the Auto Show anymore.)

There are the crazy dog people that yell at you not to touch their fluff balls. (Yes, I have been yelled at. I can't help it. They're so fluffy!) Then there are the people who look like their dogs, profusely brushing and talking to them. And, of course, there's everyone else. We're talking fanny packs and more dog-themed sweaters than you could ever imagine.

I do have to confess that I originally went because I was hoping it was like a doggie petting zoo. The nicer people will let you pet their dogs, but it's sort of a tactile disappointment. But I keep going back because it's a fantastic spectacle. 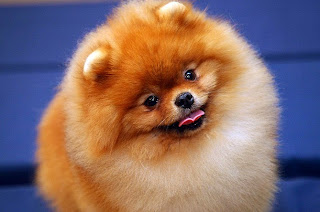